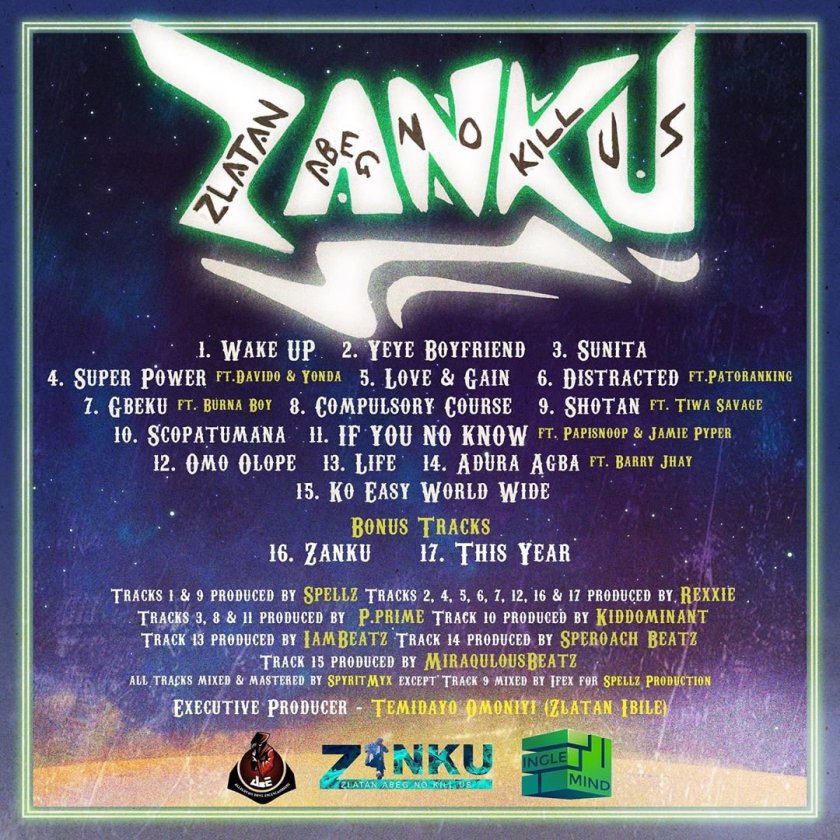 The Zanku album, however, is made up of seventeen tracks, with productions from Rexxie, Spellz, Kiddominant and several other famous music producers.

The album also had a lot of great collaborations with big fishes in the musicindustry, including Davido, Burna Boy, Tiwa Savage, Patoranking and others.

The album is available for streaming on Apple Music.