Nigeria’s Super Eagles defeated South Africa’s Bafana Bafana 2 goals to 1 in the 2nd Quarter Final match of the 2019 African Cup of Nations to proceed to semi-finals. This marks the end of the road for South Africa who had high hopes after defeating host and one of the tournament favourites, Egypt, in the second round.

Nigeria’s first goal came from Samuel Chukwueze in the 27th minute. South Africa’s equalizer came in the 71st minute when Bongani Zungu headed the ball into the goal post of the Super Eagles. The goal was initially ruled as offside but was allowed after VAR confirmed that the ball touched a Nigerian player Odion Ighalo, thus keeping Zungu onside, based on technicalities.

William Troost-Ekong scored the winning goal for Nigeria in the 89th minute.

Nigeria will go on to play the winner of the match between Ivory Coast and Algeria in the semi finals.

Watch the highlights below 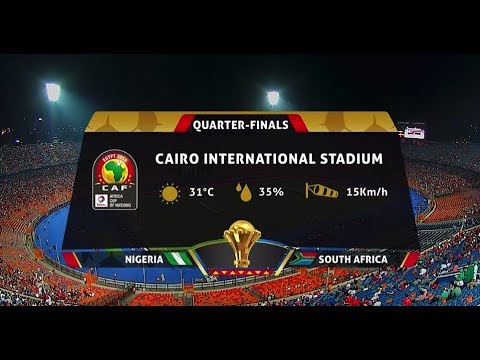