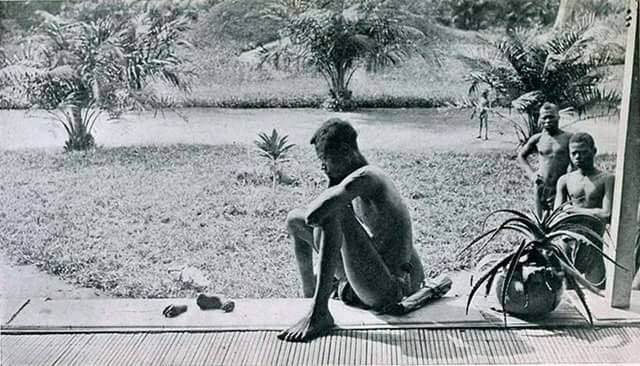 Sometimes in 1904, in Congo Belgium, a little girls arm and leg were severed by colonial masters. The girl was the daughter of a man named Nsala. His daughter limbs were severed as a punishment for not paying his daily rubber quota.

The daughter’s name was Boali. She was killed and they then proceeded to kill Nsala’s wife too.

Not satisfied with the punishment meted, they ate both the daughter and wife and sent their body parts to Nsala