Despite epic win over Stefanos Tsitsipas, Nadal is out of ATP Finals 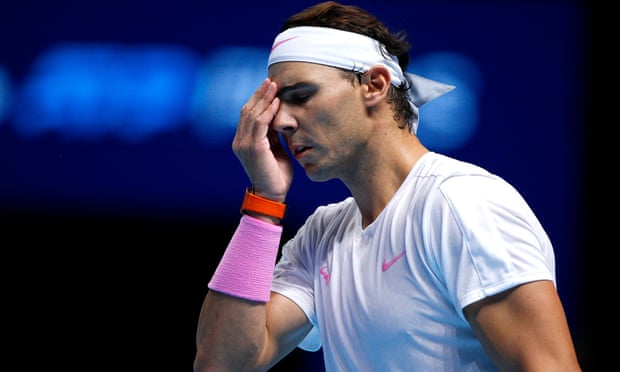 Romance doesn’t always collide elegantly with history and it’s unlikely that Rafael Nadal, who rarely thrived on the Thames ’ southern reaches, will come closer to winning the ATP Tour Finals trophy than he did on Friday.

Nadal did his best in the morning, coming from behind for the second time in three days to still challenge the brilliant Stefanos Tsitsipas, despite his fitness issues.

Five aces were soaked by Nadal-but not the one down the T securing the set.

Tsitsipas seemed to be heading for a straightforward win as he cranked up his serve in the second set, but Nadal battled hard to stay eight games and 38 minutes in terms of each point.

In the fifth game, Nadal created two break points, eyes blazing, only to see Tsitsipas, a little calmer, steel himself with his booming serve and a solid forehand for a quality hold.

Nadal hit the pressure, and in the seventh set, Tsitsipas had to save two break points, holding his 11th as.

In two and a half hours, Nadal had not given Tsitsipas a single look at his serve.

Nadal hadn’t given up a break point in 127 matches in his career, winning each time.

At 30-all Tsitsipas was stranded when Nadal for his eighth break point of the match planted a blistering forehand on the line.

While expectations were not as nailed on as in previous years, not many would have predicted that Tsitsipas would beat Medvedev in the first round for the first time, or that Zverev would beat Nadal for the better; then Thiem played out of his skin to beat Federer and Djokovic, even though the Serbs looked brilliant in defeat-then abject in two sets against Federer, whose loss to Thiem was poor by his standards.