Diver Gets Way Too Close To A 7-metre Anaconda

Bartolomeo Bove and his friend Juca Ygarape were diving in the Formoso River in Brazil back in July when they came across the Green Anaconda, the biggest living snake on earth.

The snake, which measured seven metres (23 ft) long, can be seen resting on the bed of the river. The footage then moves to the animal confronting the camera in front of it and flicks out its tongue.

The 90 kg snake then decides to clear off and slithers away from Bove, who holds the camera. He follows a snake, apparently determined to get a better shot of a giant reptile.

After all, Bove’s determination paid off, and he managed to get some absolutely astonishing footage of the creature. 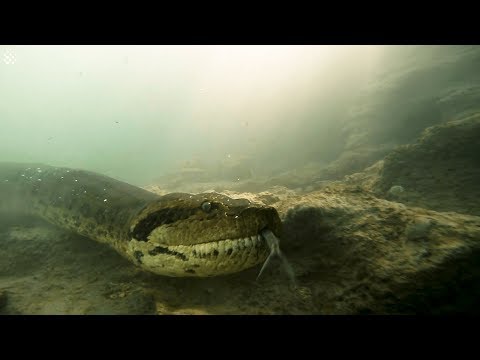