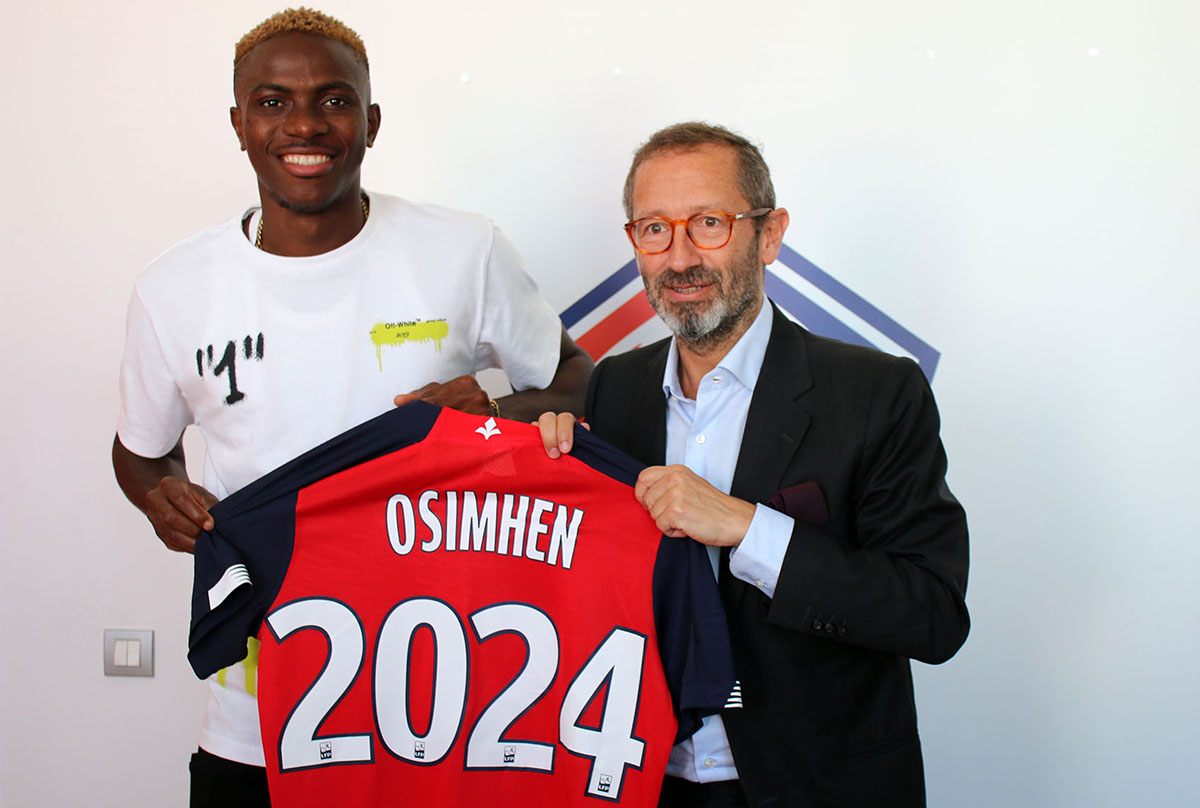 Nigeria’s Victor Osimhen scored twice for Lille OSC on his debut for his new team. Osimhen, who had just been signed by the club this August, scored in the 19th and 80th minutes of the game to give Lille a win over FC Nantes in their first game of the 2019/2020 season of France Ligue 1.

Osimhen, who was born on December 29, 1998, was the star of the Golden Eaglets who won the 2015 FIFA U-17 World Cup in Chile. He won the Golden Boot and Silver Ball awards at the tournament. His performances also earned him the CAF Youth Player of the Year award in 2015.

Watch his goals below And then the second goal

"What actual filth!" Victor Osimhen's second @LOSC_EN goal is 🔥. The patience to keep Nantes CBs busy contrasted the explosiveness he served when the ball finally dropped for him! https://t.co/y2GJDZrvLP
aphoe (afolabi legunsen) 12 August 2019 13:54 #2